What are you forgetting?

Although retirement plan fiduciaries take their jobs seriously, it can be hard to cover all the bases. That’s understandable, considering the broad scope of fiduciary responsibility as well as the dynamic nature of the retirement plan designs, investment management and legal interpretations of fiduciary duty. Some common pitfalls include failing to identify the plan’s fiduciaries, insufficiently training fiduciaries and spending too much time on inappropriate investments. Do you know the identities of all your plan fiduciaries? Fiduciaries should know who else carries the responsibilities. Having fiduciary status — and the liability associated with the role — is a powerful motivator to pay careful attention to the management of the retirement plan. However, the scope of your fiduciary duty varies according to the role taken. Let’s take a closer look at the types of plan fiduciaries:

Plan trustees. These are people who have exclusive authority and discretion to manage and control the plan assets. The trustee can be subject to the direction of a named fiduciary. These plan fiduciaries have a broad scope of responsibility.

Board of directors and committee members. ERISA considers individuals — typically the corporate board of directors, who choose plan trustees and administrative committee members — fiduciaries. The scope of their fiduciary duty focuses on how they fulfill that specific function, and not on everything that happens with the plan itself. The law also sees as fiduciaries people who exercise discretion in key decisions about plan administration, including members of an administrative committee, if such a committee exists.

Investment advisors. The named fiduciary can appoint one or more investment managers for the plan’s assets. People or firms who manage plan assets are plan fiduciaries. However, individuals employed by third party service providers can fall into different fiduciary categories. The investment manager who has complete discretion over plan asset investments (known as an ERISA 3(38) fiduciary) has the greatest fiduciary responsibility.

In contrast, a corporation or individual who offers investment advice, but doesn’t actually call the shots (an ERISA 3(21) fiduciary), has a lesser fiduciary responsibility. The advice can be about investments or the selection of the investment manager.

Anyone who exercises discretionary authority over any vital facet of plan operations falls under a catch-all category of a “functional fiduciary.”

Given the crucial role fiduciaries play, they must be properly trained for the role. This is a step that’s often neglected and can be of particular concern for company employees who don’t have full-time jobs related to running the plan.

Failing to properly train fiduciaries to carry out their roles may represent a fiduciary breach on the part of the other fiduciaries responsible for selecting them. The U.S. Department of Labor is known to focus on this when it reviews a plan’s operations. Also, have named fiduciaries (such as individually named trustees or members of plan committees) accept in writing their role as a fiduciary.

A sometimes overlooked task includes properly protecting your plan’s fiduciaries against costly litigation and penalties with insurance designed for this purpose. Companies generally cover fiduciaries who also serve as corporate directors or officers through directors and officers or employment practices insurance policies. These generally don’t extend to fiduciary breaches.

Focusing on the wrong investments

Stock market volatility and speculation about changes in Federal Reserve policies (and their resulting financial market impact) can lead plan fiduciaries to rely on retirement fund investment alternatives that focus on narrow sectors and strategies. This can divert fiduciaries’ attention from the investment options where most of their participants are parking the majority of their retirement savings: stable value and target date funds (TDFs).

Ultimately, retirement plans should prepare employees for retirement. How well that’s accomplished is often referred to as participant “outcomes.” Fiduciaries with broad responsibility for plans that ignore the big picture ultimately are failing participants, and possibly making themselves vulnerable to a charge of neglecting their fiduciary duties. Reviewing the common mistakes regularly can help you avoid making them.

Should you have any questions regarding the information contained in the attached materials or our service offerings, please feel free to contact me directly.

Join our Employee Benefit Plan Resources group on LinkedIn for more frequent updates on recent developments and best practices and discuss related topics with your peers. 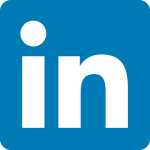 About the Author: Renee Lawless

Renee is a Senior Manager in the Audit Department and has been with Insero & Co. since 2009. She leads the planning and execution of financial statement and compliance audits. Renee has extensive experience auditing employee benefit plans with a focus on auditing College and University 403(b)’s and Emeriti Retiree Health Plans. She is an integral member of the firm’s benefit plan practice which is in the top 1% based on plan assets audited in the United States. Renee has experience with a wide range of industries including higher education, manufacturing, automotive, and service.

Join our mailing list for insights and tools to help you achieve your goals delivered right to your inbox.